Must Witnesses keep showing to Court if a Family Court judge Continues all Subpoenas in Full Force and Effect?

Author and Publisher Making the Most of Google+

Here is a legal snippet that many lawyers and witnesses who have been subpoenaed in family court cases might have wondered.  After being asked about it I believe I have found the answer.  Or at least I haven't found any statute or case law that says that my answer is incorrect which is a good sign.

There you are, you've been subpoenaed to court and you've been paid a lousy $12 to $15 as a miniscule witness fee to attend on a particular hearing date and give testimony.  This includes a fee of $10.00 for the day and 10 cents per mile round trip from your home for your attendance.

So imagine that you get through the day or whatever part of it the court hears and the judge doesn't have time to hear any more of the case so it is continued to another date.  Do you have to attend the next time?

It's actually a loaded question because family court judges do this all the time.  Practically speaking it makes sense, otherwise the party who subpoenaed you would have to do so each and every time the matter was continued and would have to pay the constable or sheriff all over again in order to get you to attend.  Therefore, as a practical matter it makes sense.

Yet my thoughts are from the perspective from the person who has to return to court 3, 4, 5, 12, 15 or even more times and they feel they are bound to do so because the judge keeps saying, "All subpoenas shall continue in full force and effect."  Naturally the lawyer who issued the subpoena makes sure that language appears in the Court's Order otherwise they believe they have to re-subpoena you all over again.

However, have you ever questioned whether a Judge has the power to continue all subpoeanas in "full force and effect" just by saying those words?  I mean, we want to respect the judge and generally speaking, what the family court judge says is considered law in that case.  Plus, people are afraid to be found in contempt of a subpoena by the court for disobeying it.

There is one exception where the Judge's word or Order is not necessarily law and that is when the legislature has spoken on the same issue in the statutes.

Here's where I think many judges are "out of bounds" but they don't know it when it comes to this little addition to the orders.  Or, at least, they are out of bounds if the attorney issuing the subpoena doesn't follow through on what the statute requires. 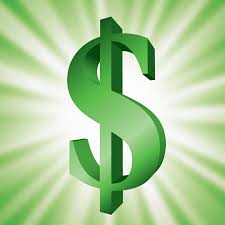 Under Rhode Island General Laws § 9-29-7 the Witness Fees for a Subpoena are spelled out as follows:

The fees of witnesses shall be:

For every day's attendance before the supreme or superior court, or before any other tribunal

or magistrate, including attendance in giving depositions $10.00

For every mile's travel .10

For every day's commitment in jail upon default to enter into recognizance with surety 2.00

In addition to the fees above provided, witnesses summoned and testifying as experts in behalf

of the state, or any person acting as an interpreter, before the supreme, superior, or district

court, may be allowed and paid such sum as such court may deem just and reasonable.

The statute is fairly straight-forward as to how much a witness gets paid for each day's attendance before the tribunal including mileage.

Yet here is where the issue arises.  What if the judge keeps continuing "All Subpoenas in Full Force and Effect" so you have to keep coming back over and over and over again and you are missing work, spending mileage, jeopardizing you job, finding a babysitter, etc....

It's no secret that it is a tact of many unscrupulous attorneys to try to arrange for continuances with just that language from the judge so that eventually any witnesses friendly to you will "bow out" or they will, in fact, ignore the subpoena because they can't afford any more personal time from work, can't get a sitter or don't want to lose their job.  Then what happens?  A person's case goes down the tubes.  Usually the person who subpoenaed the people to begin with.

So, does the judge have the power to do this or not?  Let's look at another statute.

proceeding, civil or criminal, and shall have his or her lawful fees tendered to him or her for his or

attend, and for one day's attendance, shall be obliged to attend accordingly. [Emphasis Added.]

Here's where the issue raises it's ugly head.  When you are subpoenaed the law says that you must be paid the lawful fees which are essentially stated in Rhode Island General Laws § 9-29-7.  Now note the last line in 9-17-5 that is underlined.  "[h]e or she shall be summoned to attend, and for one day's attendanance, shall be obligated to attend accordingly."

Do you see the problem?  The law says you are to be paid for at least that one day's attendance and you must attend accordingly.  How would you read that?  If you have been summoned for ONE day, and paid for ONE day, then aren't you obligated to attend for ONE day accordingly?  That's my professional interpretation based upon the plain and unambiguous reading of the statute itself. 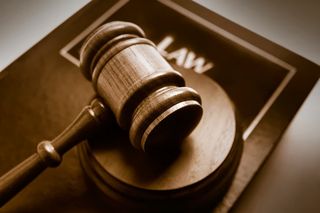 So, let's answer the question.  Can a judge or magistrate in the family court continue in full force and effect a subpoena issued by a party?  It is unclear without any further word from the Rhode Island Supreme Court or the Rhode Island General Assembly by a new law.  However, I believe that as a matter of caution that you take the position that they CAN do so.

What's the catch?  If the attorney who subpoenaed you does not follow the law and pay you $10 plus statutory mileage for each and every day that you are expected to return to court because of that statement "All subpoenas are continued in full force and effect." Then  the law has not been met by the lawyer issuing the subpoena and therefore you do not have to attend.

That's right.  As petty as the amount may be, if you are not paid that amount before each time you are supposed to be required to appear at court it is just as if the lawyer served you with a subpoena for a single day without paying you.  No payment and the subpoena is worthless.

So what do you do if you are a witness and the party who subpoenaed you keeps dragging you back into court by having it put in the Order, "All Supoenas are to remain in full force and effect."  If you don't get paid before the next time you go to court, then according to the laws by the 'Rhode Island General Assembly of our state you have not violated the subpoena.  Also, since you are not a party to the action then the judge does not have authority to compel you to be in court unless you have been paid by the attorney who originally subpoena you.

This is a problem attorneys have been dealing with for years.  Myself included and I am happy the a recent inquiry caused me to analyze this problem to give attorneys and witnesses, and judges what I believe to be the correct answer under the law.  I am happy to be able to provide a solution that makes perfect sense and is consistent both with a judge's discretitionary power as well as the Rhode Island General Laws.