Forgetting to Address Life Insurance In a RI Divorce Proceeding can be Costly! 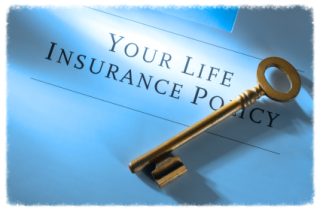 David and Kathy entered into a Marital Settlement Agreement in their divorce after Kathy was caught with another man.  In the agreement David gained ownership and control of the life insurance policy covering his life, including the right to change his beneficiary.

But David didn't do anything but take a well deserved break from all the litigation for the divorce and unfortunately he never got around to changing his life insurance beneficiary.

Seventeen days before the final judgment of divorce might have entered in his case, David had a heart attack on the golf course and died.  Even though David didn't want the insurance monies to go to Kathy, David never filed the Change of Beneficiary Form.  Therefore, since Kathy was the beneficiary listed on his life insurance policy at the time he died, she put in the claim and was paid $750,000.

We never expect to die.  We never plan to die.  For some reason we always think we are going to live forever or that we can put off changing the beneficiary to another day because we've done enough work for today.  Yet life insurance plans for death. It is protection for that very thing and the replacement of your income in the event it happens.

In a divorce, when you get control of your life insurance policy and the right to control your beneficiary, then make the change immediately.  It will take a few days to process as it is and even those few days are a risk.  If you have to pay a little extra to expedite the process or the mailing, then do so.  The alternative is far worse.

I'm sure that if David had realized that he was going to die, then he would have done these things and prevented the wife that cheated on him from receiving $750,000 when he died.  Act on it and plan on changing your beneficiary as if you ARE going to die.  It's that important.

It's worth several hundred and even several thousand dollars at times to get experienced legal help from a professional who knows the Rhode Island Family Court System.

Yet would if you could get good solid legal advice on various issues for only $150 or even $300 to prevent a travesty like this that rewards your ex-wife and leaves your children with nothing from you.  It be worth such a small amount to get the help of an experienced professional, wouldn't it!