Rhode Island Child Custody - Make Sure You Know Both Legal and Physical Custody! 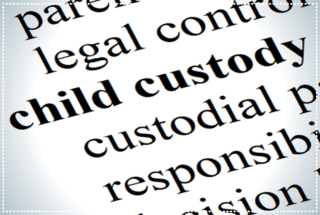 Regarding minor children there are two types of custody referred to in Rhode Island Supreme Court Cases. It is important to understand this when asking a lawyer questions because some lawyers may presume you mean one type of custody when you are actually asking about the other.

First, I will address legal custody.

There is also physical custody which is closely related to but not identical to the concept of "placement."  Even though many lawyers use these terms interchangeably, they are not identical.

Both of these concepts affect how the family unit will function and the rights of both the parents and/or guardians as well as the children.  It also has affects on extended family members such as grandparents.

What should you expect regarding your legal custody, physical custody or placement situation?  If you don't know all the aspects and ramifications with respect to what you can agree to, feel free to call me for a reasonably priced Legal Advice Session.

Remember, if you don't know your rights, you might as well not have any.